0
was successfully added to your cart.
Articles

October was our first independent expo at Nightlife Outreach (7SVN), and we’re still buzzing from the energy, the music, the curiosity, the care, the dance, the food and of course, the beautiful creativity!

We’ve just released the first video of the event so you can catch a glimpse of the vibes.

What we learned on this day

The theme was Space, exploring what the space we’re creating is, and how we resource more spaces like it. “We need to own the space. Own the means of production and distribution,” says Martin Glynn.

We also asked a few people what Afroflux was to them:

“It’s not just avatars on a screen, it’s real people to interact with.” — Afrokiin

“Blackness is however you can define it at the door. And it can be whatever you want it to be at the tables. It’s always in flux” — Tamara

“It’s the feeling of belonging” — Uzma

The idea for Fluxcon came out of a panel about Afro Futurism in a corner of Birmingham’s B-Side Hip Hop Festival at the Hippodrome in 2016. It just so happened that the event attracted a lot of comic and anime fans, including the panel itself, and questions came up around where the Black and Brown heroes and creators were at comic conventions. Afroﬂux already had a legacy of bringing in people that have been leading the way in their movements for years, that haven’t been getting as much recognition for their work.

Fluxcon was born from that the following year as an immersive all-day experience that goes beyond comics and cosplay, depending on who shows up and what they bring. This year we also had jewellery, oils, hair and beauty, holistic health, gaming, archery, selectors, capoeira, dance performances, exhibitions and more.

What people are saying about the day

“Wow wow wow! What a lovely atmosphere at @afroflux_uk . Being in a room full of so many creatives was so inspiring and I am so glad @artsyparty.uk @artsypartykidz_cic was able to share a piece of it ♥️ Massive congrats to @aleeminati and @charlottewithink for organising such a fantastic and well needed event for the community. The theme was completely space themed, so ArtsyParty Brum took the theme and ran with it, hosting 2 mini painting sessions absolutely free to the public! Some fantastic pieces of artwork was created, discussing some real cool themes like space travel and what lies within a black hole. Excited to see where Afroflux takes us next time. Thanks to everyone who came by to check us out and thank you all soo much for your positive feedback and kind words of encouragement. Love and light, Peace and Paint” — artsypartykidz_cic

“Lovely day a fluxcon @afroflux_uk thank you for coming over. Was lovely to connect with creatives and those who purchased and joined Kettorah frequency family. ” – ket_torah

WE GIVE THANKS x

Especially to the stallholders, performers, space holders, crew and @nightlifeoutreach for the amazing venue.

More about the event archived on this page. 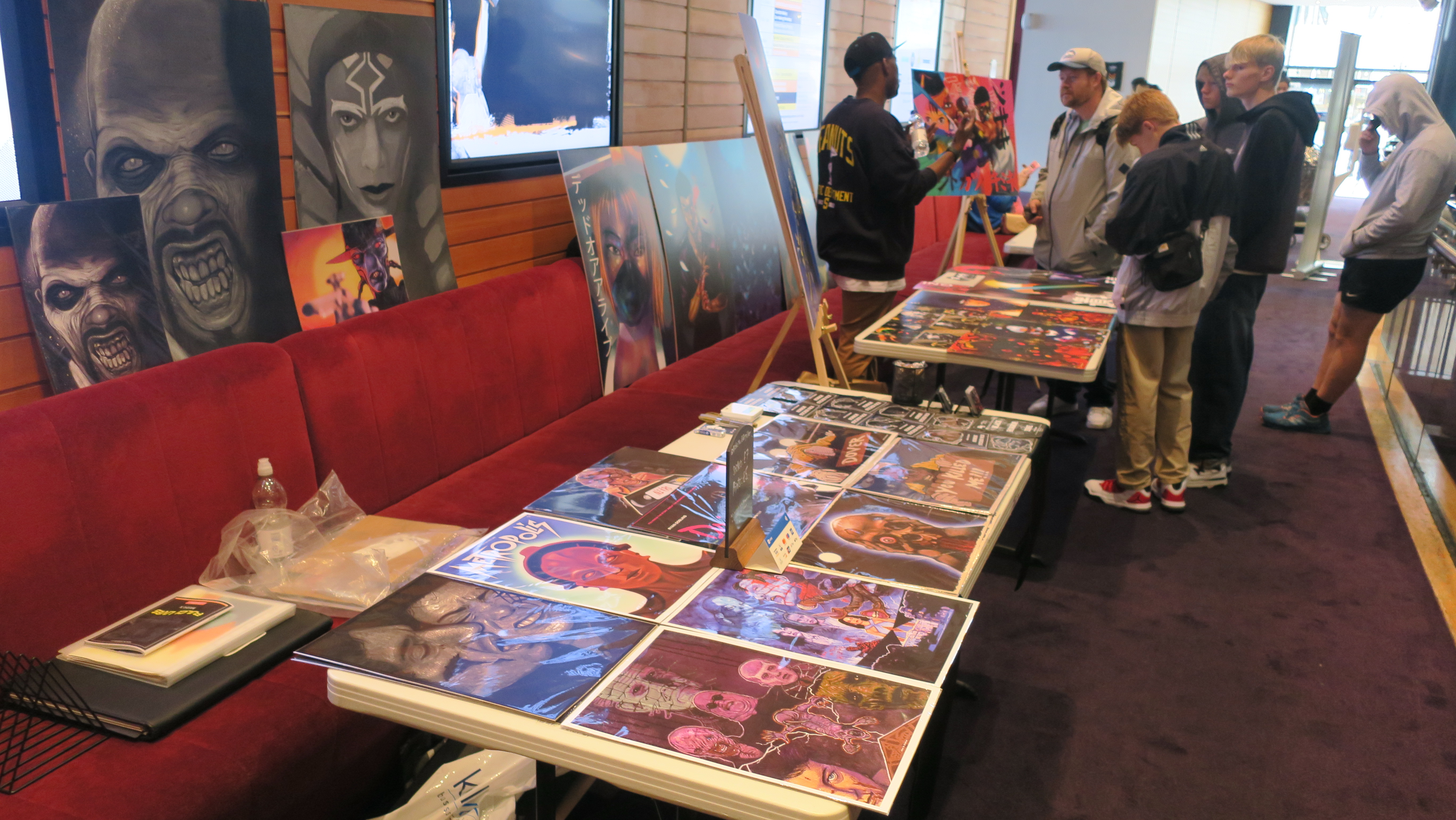